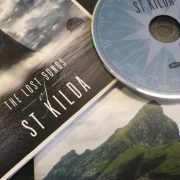 The Lost Songs of St Kilda (Decca Records) was released today – an album with an intriguing backstory.
Trevor Morrison was a ten year old boy on the Island of Bute when he took piano lessons from a former resident of St Kilda, the islands which were finally evacuated in 1930. As an old man, he recounted these melodies whilst playing the piano in his care home in Edinburgh. They were recorded by Stuart Mackenzie, and eventually found themselves in the hands of Decca Records – who invited top composers to rework these beautiful melodies. Composers such as Craig Armstrong and James MacMillan have contributed to the album, and Julie was delighted to feature in a small way to the track ‘Dùn’ which her great friend Francis Macdonald (Teenage Fanclub) used as the basis for an arrangement and new setting of a poem by Norman Campbell (Tormod a’ Bhocsair) ‘Dha Fionnlagh MacDhòmhnaill à Hiort – To Finlay MacDonald from Hiort/St Kilda’ which was written circa 1990.
Here is more about the story:
http://www.bbc.co.uk/news/uk-scotland-highlands-islands-37307195
And further info, the website and playing links are below.
http://lostsongsofstkilda.com/
Amazon – http://po.st/3hxLgh
iTunes – http://po.st/MVsxzg
Spotify – http://po.st/TLSOSTSp
Bu mhath le Julie taing a thoirt do Chatriona Lexy Chaimbeul agus do Mhàiri Sìne Chaimbeul airson an cead, taic agus brosnachadh seo a dhèanamh.
https://www.juliefowlis.com/wp-content/uploads/2016/09/91069888_kilda2.jpg 576 1024 admin https://juliefowlis.com/wp-content/uploads/2022/11/logo-white4-1030x300.png admin2016-09-09 15:25:352017-02-24 09:31:10The Lost Songs of St Kilda (Decca)
Julie and KT Tunstall to open the Quay Sessions 2016