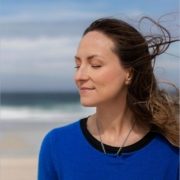 Julie is delighted to announce some new dates for January 2023 – including an exciting co-headliner with Mary Chapin Carpenter, Karine Polwart and Robert Vincent at the beautiful Theatre Royal, Glasgow on January 27th.  She will also be appearing with Le Vent du Nord & Friends for their show on January 28th in the Old Fruitmarket, and will also be joining John McCusker for his special 30th Anniversary concert in the City Halls on Jan 22nd.

Julie and Karine will join forces again on January 29th as special guests of the mighty Kinnaris Quintet for their Burns and Beyond show in Edinburgh.  All dates with ticketing links listed on the tour page.